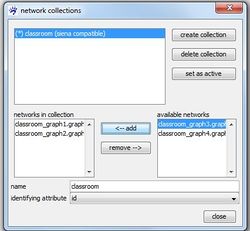 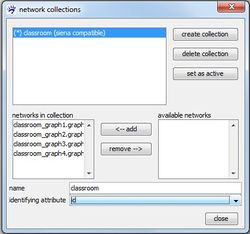 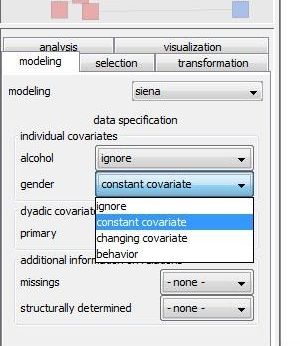 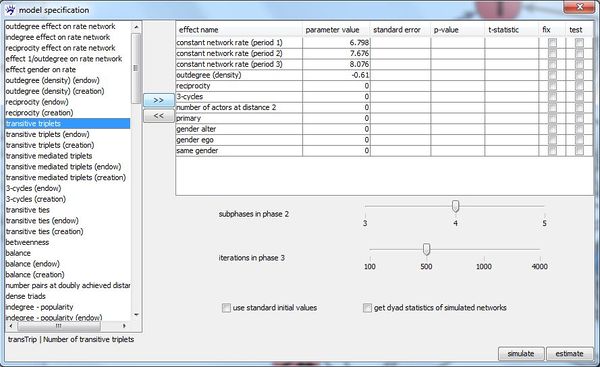 It is also possible to simulate network evolution. By pressing the simulate button a number of networks is simulated with current parameter estimates. The number of simulations is the number of iterations in phase 3 as set by the user. For each pair of actors the average number of being linked in this simulations is calculated. Resulting tie probabilities are saved as an dyad attribute (5.2) named tie probabilities. When the user closes the model specification dialogue, he has the possibility to save the RSiena output file. This file contains the usual RSiena output for estimation and simulation.