We start by importing one of the adjacency matrices (e.g., newfrat01.csv) into visone. Therefore use the menu file, open and select files of type adjacency matrix files (.txt, .csv). Before importing the file it is important to set the correct options; the images below show the file view tab and the format tab of the import options dialog. 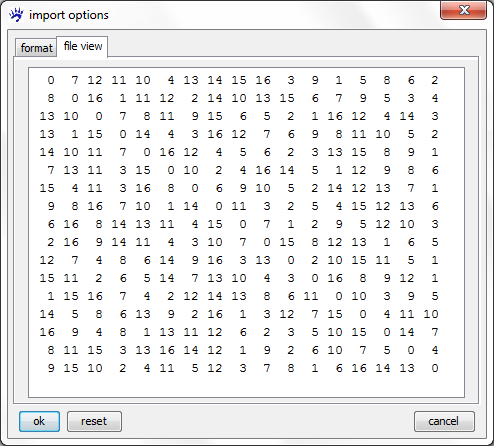 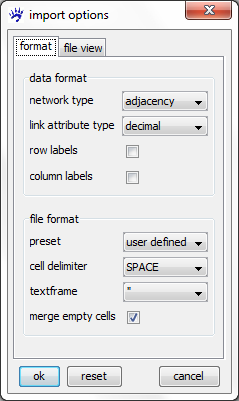 Setting the options as shown in the format tab and clicking on ok opens the network which looks like the one shown on the right. 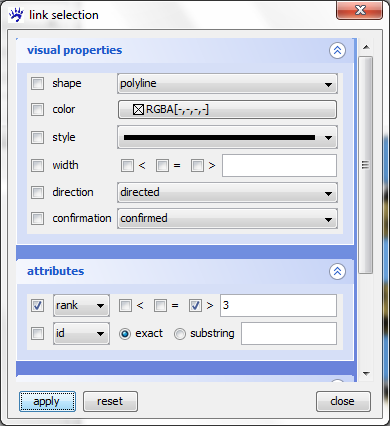 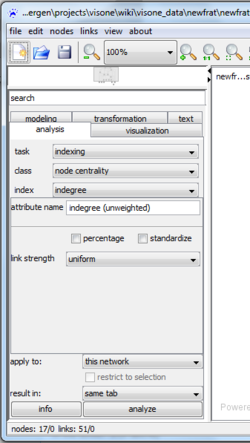 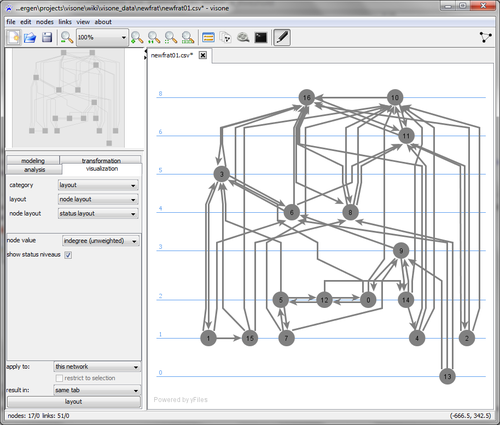