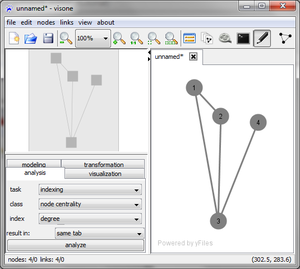 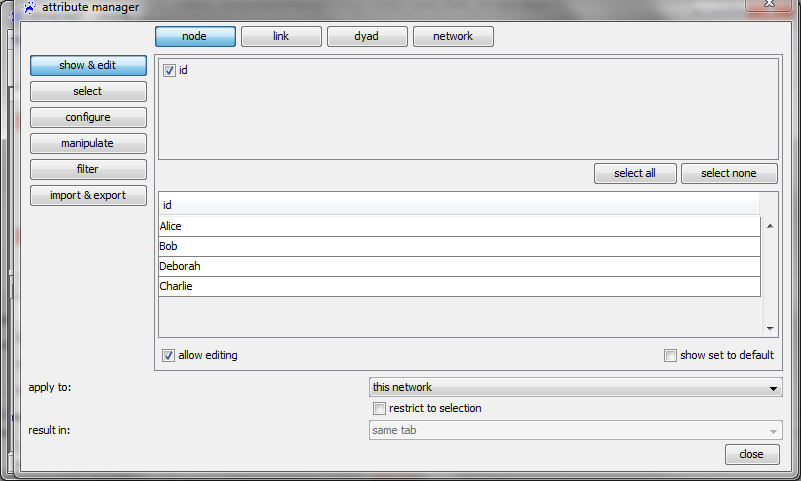 We close this section by remarking that attribute values are typically not added manually (which would be tiresome). It is more usual that attributes are imported from files or computed by a network analysis algorithm. Both topics are treated in the next trail on visualizing and analyzing networks.

We close this trail by explaining how networks can be exported to data or image files in various formats. Note that in most cases, the networks are saved to GraphML files (via the file, save or file, save as menu) as explained above. GraphML is the only format that saves all information encoded in a visone network. In some situations you have to export the network (i.e., convert it to a different format).

Node and link attribute data can be exported to comma-separated-value tables via the attribute manager. This is explained in more detail in the next trail on visualizing and analyzing networks.