This transformation algorithm is meant to make a network more easy to visualize and analyze, in particular with regard to detecting an underlying community structure. It is based on local ranking and overlap calculations to extract a Simmelian backbone of strong and redundant ties. Detailed information is provided in 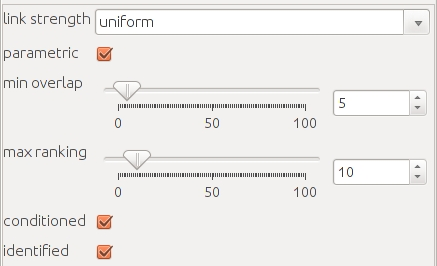