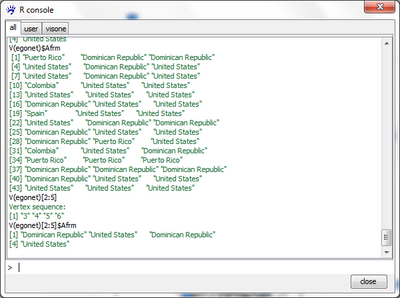 Especially if you are working on a larger project it is convenient not just to save the data but also the R code to recompute some of the results or to modify some analyses. R code can be executed from text-files by the source command. For instance,

executes all commands from the file myRCode.R located in the current working directory. Note that this file must be a plain text file containing commands like the examples provided in typewriter font in the boxes on this page. Conversely,

directs the R output to a file myROutput.txt in the current working directory. This is convenient when executing R commands that produce complex output.