On Windows, it is mostly necessary to copy file Rserve.exe from library folder Rserve to the folder that contains file R.dll. If you were using the standard settings during your R installation, you should find file Rserve.exe in

Now, your R should be ready for visone. 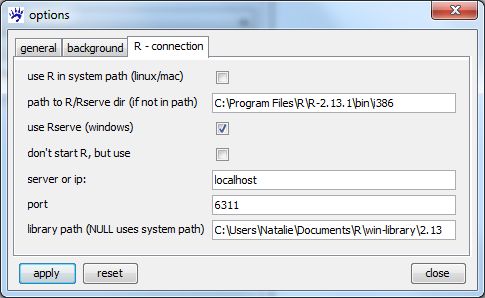 In case you have trouble connecting, you can always start your own R-session. To do this, start the usual R console, make sure your completed the RServe installation (see above) and run: